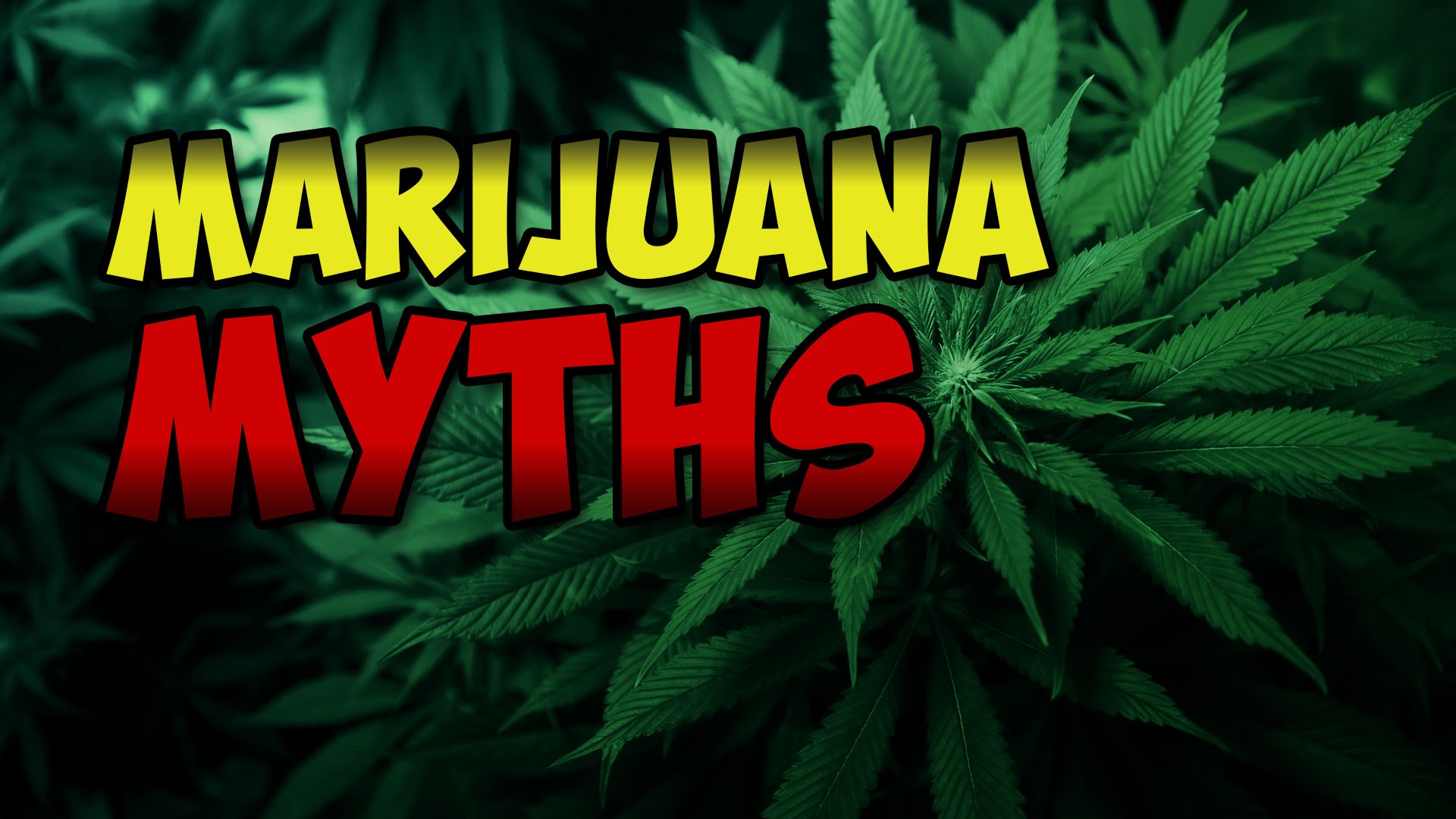 Before countries started warming up to the idea of marijuana legalization, weed remained a highly misunderstood substance.  Its usage was implicated in the causation of many negative outcomes, most of which did not have any proven scientific backing. Even today, some authorities still place weed in the same category as harder mind-altering substances such as heroin and crack. Such a biased view has led to the development of numerous outrageous myths about cannabis. This article aims to shed some light and clarify some of these false beliefs.Learn Sativa University Marijuana School Online  could also give you more leads in the dilemma of marijuana.

Marijuana Does Not Cause Dependence and Addiction

This is a controversial statement enough to create heated debates between staunch potheads and scientists. It is a misconception mainly because prolonged consumption of marijuana can lead to the development of a disorder known as marijuana use disorder. In its severe form, this disorder closely presents as a form of addiction.

Furthermore, marijuana use disorder tends to be associated with a form of dependence whereby the user develops withdrawal symptoms and signs a few days after quitting marijuana intake. The person may exhibit an irritable behaviour, mood and sleep disturbances, decreased appetite, restlessness, generalized discomfort, and a severe craving for marijuana. However, some studies have shown marijuana dependence and addiction to vary amongst many users, with some people developing addiction and dependence while others do not.

Raw Weed Gets One High

Apart from sounding bovine, the idea of munching raw fresh or dried marijuana to obtain the psychoactive effects of marijuana is untrue in every aspect. The cannabinoids in marijuana, especially THC, exist in an inactive form. These cannabinoids are activated when marijuana is subjected to sufficiently high temperatures by heating it with either oil or butter. The dried marijuana herbs can also be activated by smoking it in blunts or joints or by vaporizing it using the now popular vaporizers.

Whereas the psychoactive effects, mood elation, euphoria, hyperactivity caused by THC may occasionally and temporarily disrupt one’s immediate memory, marijuana does not cause any form of serious or permanent memory impairment. In fact, according to a study performed by the University of Louisville, long-term and heavy marijuana consumption do not kill brain cells but rather it is neuroprotective. The CBD found in marijuana is a potent anti-oxidant which protects the brain cells from oxidative stresses caused by ischemia, traumatic injury, or immune-mediated inflammatory processes. Additionally, CBD is thought to promote the regeneration and development of new brain cells.

Weed Does Not Show up in a Urine Drug Test

This is a false idea worth avoiding to protect oneself from unnecessary embarrassment. After consumption of cannabis, whether by smoking, vaping or marijuana edibles, the urine will test positive for cannabis for a couple of days. In fact, for casual smokers stoners, THC can be detected in urine for about ten days while for chronic potheads, the urine will test positive for up to 30 days.

The explanation for this is very simple. Once marijuana is ingested or inhaled, the cannabinoids are absorbed either through the pulmonary mucosa or the gastrointestinal mucosa depending on the route of intake. The cannabinoids are transported by the blood to different organs where they elicit different responses. After this, the cannabinoids are metabolized and dumped back into circulation where it is transported to the kidneys for elimination into the urine. Based on this, there are only two ways to cheat a urine drug test, either avoid marijuana days before the test or get a little bit cheeky and substitute your urine sample with that of a clean person!

Unlike tobacco which is suspected to contain over 1000 different types of carcinogens capable of causing cancer in virtually every organ in the human body, marijuana lacks any of these deadly molecules. However, the absence of known carcinogens should not be mistaken to mean that its 100 percent safe. Some methods of marijuana consumption such as smoking may be harmful to the respiratory system. Dried marijuana herbs contain tar which is introduced into the respiratory system; it might cause chronic inflammation leading to the development of diseases such as emphysema and chronic bronchitis. Nevertheless, some methods of consumption such as vaping are highly safe with little if not absent pulmonary damage.

Marijuana Makes One Creative and Intelligent

This is more of a fantasy than myth shared mainly by teen potheads. A cool lie to recruit others into marijuana circles in junior high schools. The thought of getting is straight A’s is always irresistible. Recent studies, however, seem to reveal almost the exact opposite. Some research findings indicate that heavy marijuana consumption, especially in the early teen life may have a deleterious effect on one’s intellectual abilities. It may impair one’s ability to concentrate and abstract thinking. This, in turn, will translate into poor academic performance.

All Weed Strains Produces the Same Kind of High

Just like two different strains of orange plants will produce oranges with different properties or qualities, different cannabis strain produces marijuana with different properties. Learn Sativa College Marijuana School Online can teach you a lot about marijuana strains. For example.Avidekel strain developed by the Israeli company TikunOlam has an unusually high concentration of CBD with close to zero THC. This strain will, therefore, produce no psychoactive effects. This is in stark contrast to Matanuska Tundra strain which has a THC concentration of over 20% with little CBD. This strain induces strong psychoactive effects almost instantaneously.

A serious accusation against the first POTUS and an excused used by people finding themselves on the wrong side of the law when nabbed by authorities cultivating marijuana in their backyards, especially in those states in which pot is still a regulated substance. However, Mr Washington grew something else, the hemp plant, in his farm in Mount Vernon for industrial purposes. The hemp plant produced excellent fibres which were then used to make strong ropes and sail canvas used in the construction of sailing ships.