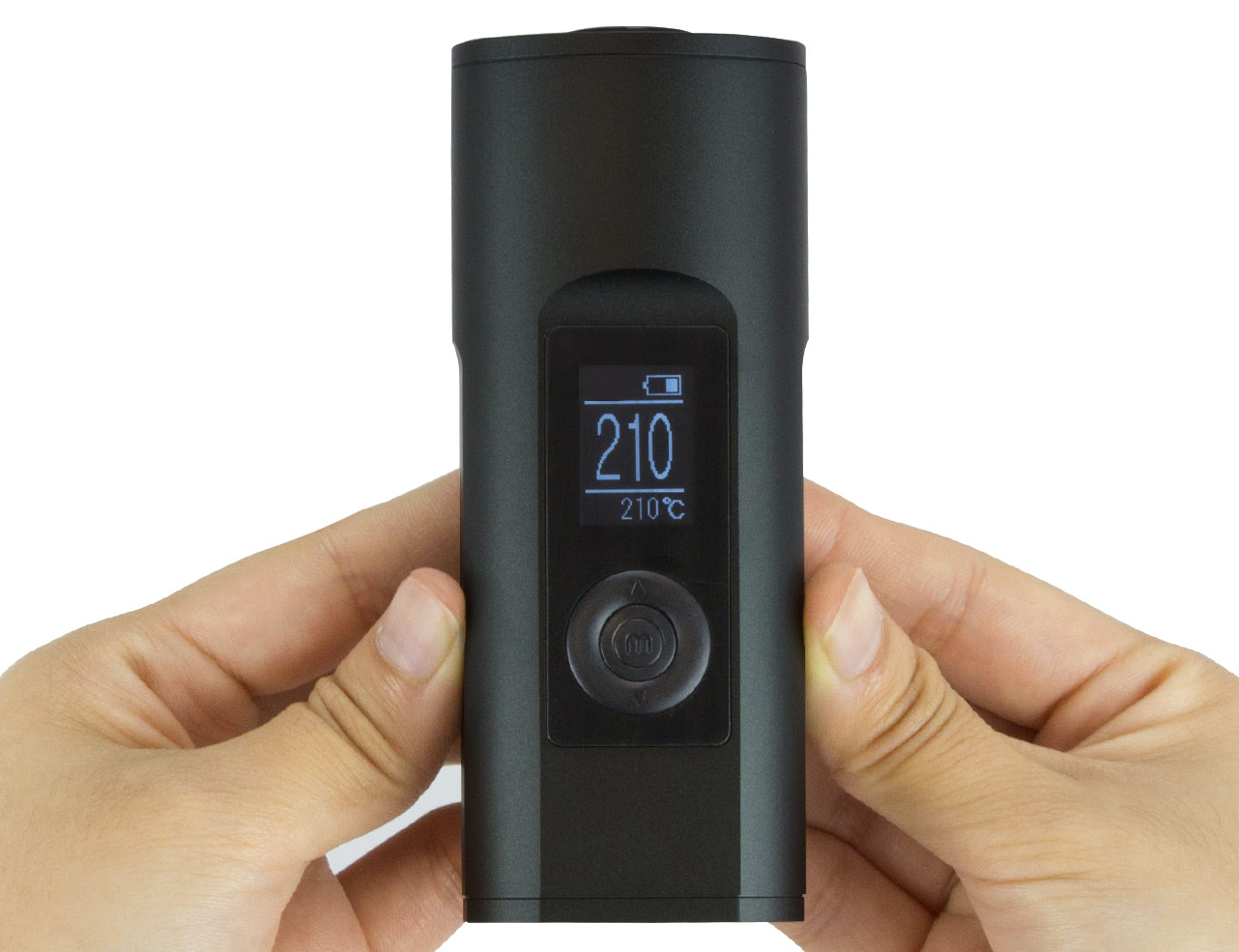 The Arizer Solo 2 vaporizer is the latest version from the popular Canadian manufacturer. It is the successor of the Arizer Solo I vaporizer. It features the famous Arizer glass path, precise temperature control and LED indicators. The Solo II is the same as the Solo I and a little thinner. The new LED display is great and the oval shape feels better in the hands. The Solo II has a fully digital control, a battery indicator and a control of all the parameters of the session directly on the card. According to Arizer, the Solo II has 3 hours of operating time, which is about 15 session on a fully charge using the 12-minute timer as in Solo I. The device heats up in just 28 seconds, which is compares to the the couple of minutes needed with the original solo.

Solo II produces a very fresh and tasty steam. With each temperature setting you can enjoy a nice and pleasant vapor. Solo II uses both convection and heat conduction techniques to heat materials, and has a capacity of 0.15 to 0.2 grams, depending on the how fine the ground material is.

How to use the Arizer Solo 2 vaporizer

The Solo 2 works in the same way as the Original Solo. You fill the glass stem with your herb and put it in the chamber, adjust your temperature and start to vaporize. The only difference in the operating system is that the Solo 2 now has a digital display that offers more control over the setting of the operating functions.

To turn on the device, press and hold the “M” key that represents the menu and the two up and down arrows simultaneously for 6 seconds. The “M” key is located at the bottom of the digital display. The display turns on and displays a countdown and beep each time the power is turned on. You will be greeted with a smiley face. The countdown timer is a safety feature designed to prevent accidental operation of the device in your bag, purse or bag that we really like.

Once the device is turned on and you are greeted by the smiley, it will direct you to the temperature control panel. From there, you can scroll through all functions by pressing the “M” key to customize your device. You can select your preferred options by pressing the up or down arrows. Running the Arizer Solo 2 is quite simple and there is no problem interms of potential issues for other users.

The Solo II is very similar to its predecessor, the Solo, but it is smaller and therefore easier to hold. It comes in carbon black and mystic blue, and like the solo it has glass stem that plug into the top of the device. The oven on Solo II is the same size and depth as the solo 1. So, if you have old stems from your previous solo device, you can use them on Solo II. The Solo II went a step further with the digital gauge on the front panel of the device, which displays the temperature. The solo had only one system for measuring the temperature, which ranged from 1 to 7 with preset temperatures. With the temperature, the display has easy access to the menu where you can change the temperature from Celsius to Fahrenheit, change the seconds at startup time, adjust the brightness of the screen, and adjust the volume.

The Arizer Solo II vapor is incredibly aromatic. Not only tasty. Delicious. The Convection heating and glass vapor path offer the best flavor. The first hit, if the vaporizer is cool, will be wispy. But once the Arizer Solo 2 warms up, the shots will be very thick and satisfying. The glass tubes feel like you are sucking through a straw, and without carbohydrates, it feels like you have to vent the tube a bit. But expect a better draw resistance of the Arizer Solo 2 and overall full and tasteful draws.

The fact that you can adjust the temperature on the Solo 2 to a precise degree could make the quality of the vapor coming from the unit a little better in the factor of tasting the flavor.

Arizer says the Solo II battery lasts more than 3 hours during the session. It certainly has a long battery life and could easily last up to 3 hours. This is a nice upgrade from the solo that lasted about half of that time.

The Arizer Solo 2 is an excellent vaporizer for those who are willing to pay the higher price. This vaporizer make up for the amount of money that it costs by being powerful and effective, leaving none of your dry herb material untouched by the time you are finished vaping. The Arizer Solo 2 uses convection heating technology which completely eliminates not only the risk of combustion, but also contributes to the heated air it generates to spread evenly over the dry herb and making the vape more efficient. This will save you money in the long run.